NastPlas is an international creative duo based in Madrid, Spain and formed in 2006 by illustrator Fran R. Learte and creative director Natalia Molinos. Their work combines an impressive range of digital elements and abstract patterns that they create in order to elaborate pieces of art with a deeply aesthetic feeling. 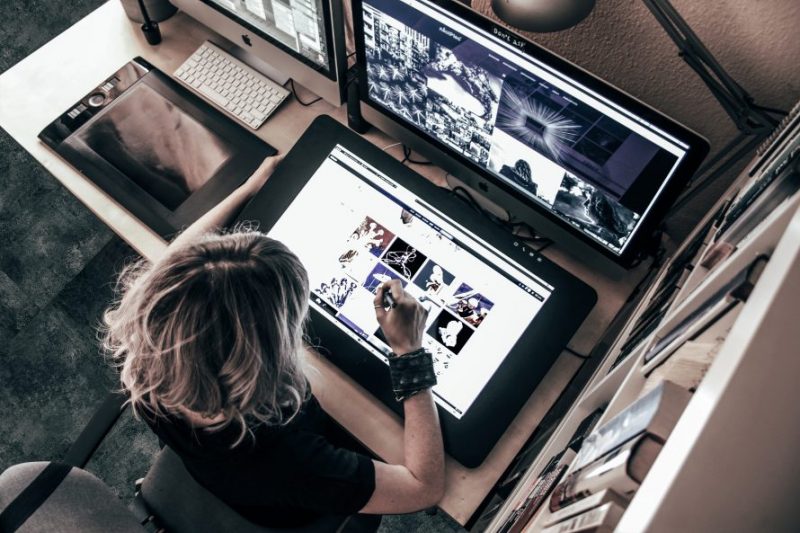 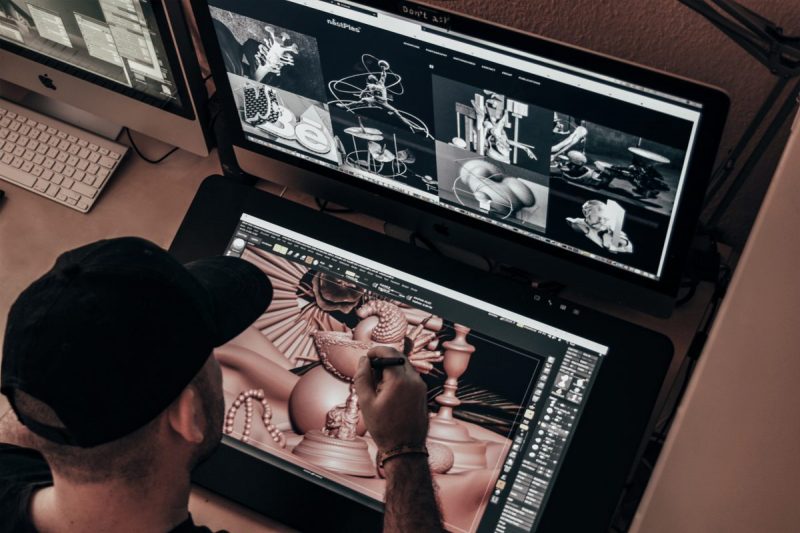 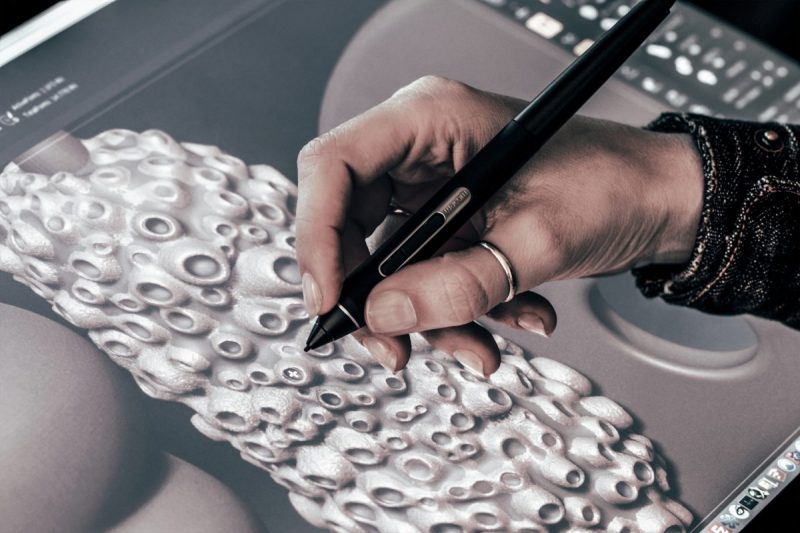 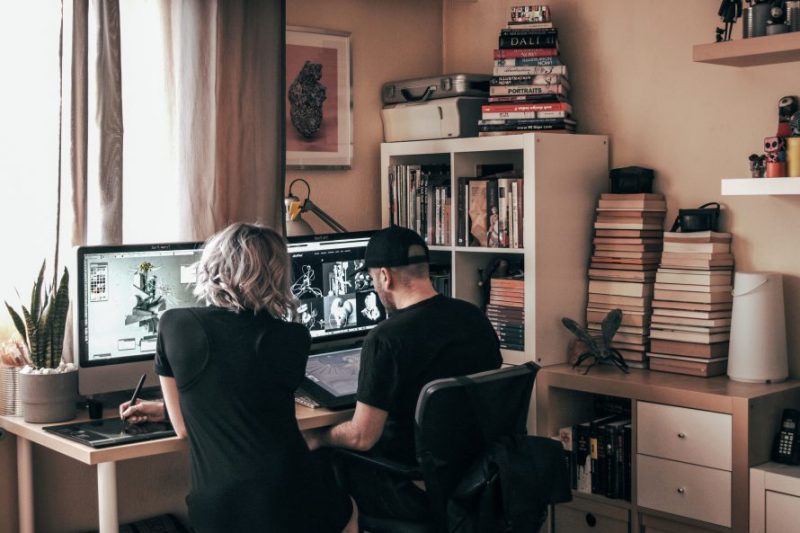 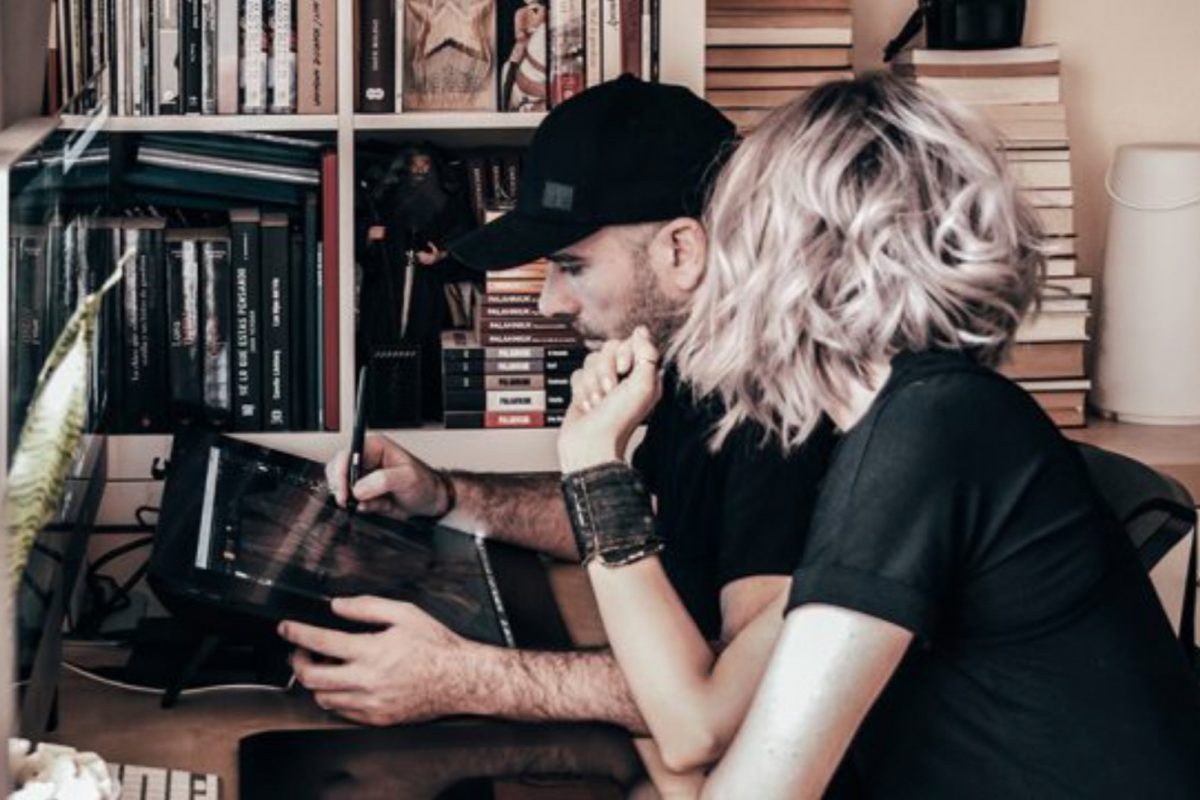 “NastPlas started 13 years ago in Madrid due to our passion for art and design and for showing our work more widely. Our origins are the same. Natalia and I have lived in a creative environment since childhood and we have conducted our artistic studies between Salamanca and Valladolid, Spain. Later, Natalia opted for Interior Design and Decoration; and I opted for computing and Technology. From here, we began to work together as NastPlas. We started working with Wacom with our first Intuos 3 in 2004 which gave us, great flexibility and user experience for the use of the new tools that were to come. Now we use several Wacom Intuos and Intuos Pro tablets, several iMacs and Dell devices and two Canon SLR cameras. Regarding 3d illustration, we are totally self-taught and we usually take advantage of our knowledge in design and computers to create our own artistic style” Fran R. Learte tells. 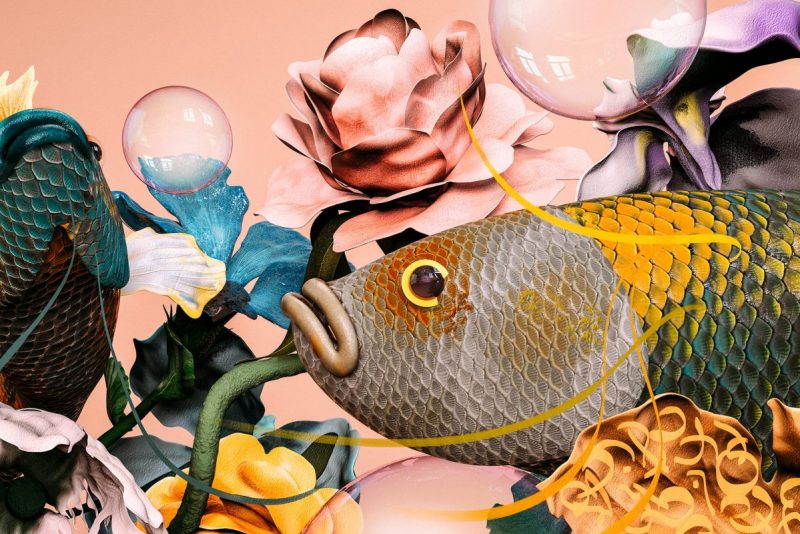 Betta is a project inspired by the betta fish whose evocative and beautiful fins and their impressive colors always remind us of flowers, fabrics and organic forms. We have modeled in 3D several Betta fish combining them with calligraphy, flowers and fabrics of the sixteenth century that form these unique compositions.

Polybius  is a project that shows 4 spaces with decoration and materials reminiscent of the decade of the 80s, in the midst of the the golden age of video games. We have played with fabrics, inflatable shapes and different types of lighting to create a contemporary atmosphere of those years. 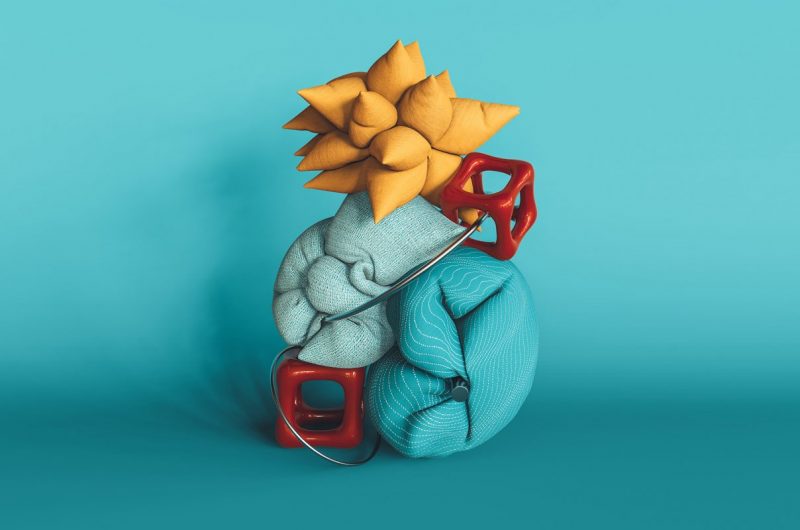 Dada  is a series of experimental works based on the spontaneity of the moment that break with the logic of forms, creating organic abstractions that come to life through the sensual geometry of light. 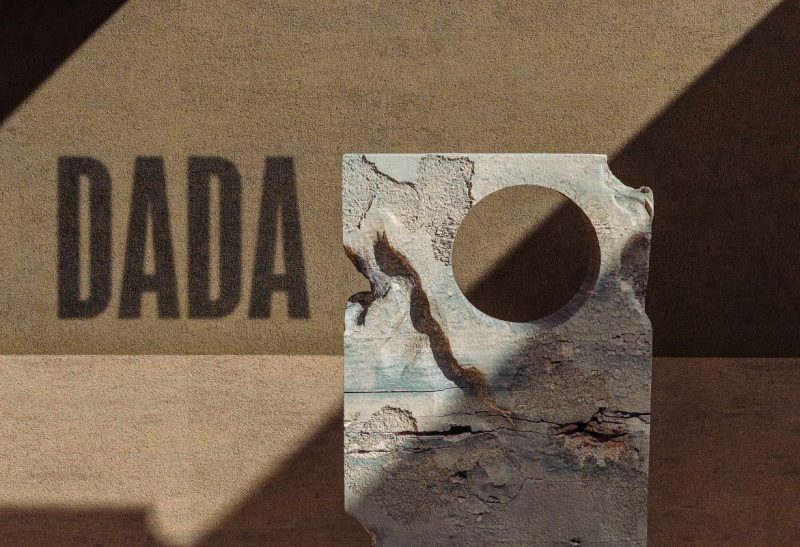 Each project in which NastPlas work is divided into several phases:

The first step is to study each project and collect as much information as possible, through related images, texts, references.

Once they have a clear idea, they start with the creation of 3d models and textures. For them, photography is very important in their work as it helps them in the creation of their models made completely in 3D. They use a lot of photography for the creation of textures or as inspiration to recreate organic forms. This is where creativity and production process really begins.

If there is a preliminary study it is much easier to adapt to present the client in the final stage.

Before finishing, they add adequate lighting and, finally, they chose an appropriate name that fits the piece.

Other works that have been important for NastPlas have been their participation in the Nike campaign “The Art Of Attack” by Kobe Bryant X shoes and other different concepts that NastPlas have made for Nike as the work SLAB– an exploration of elementary geometric shapes combined with different materials to create a contemporary aesthetic.

Each shoe has been modeled in 3D layer by layer without the aid of any scanner and has been integrated into a geometric space combining textures, lighting, and materials with different perspectives.

Another latest project of Fran R. Learte and Natalia Molinos is “Notorious” in which they pay tribute to the iconic model “Air I” with which Michael had some of his best moment. 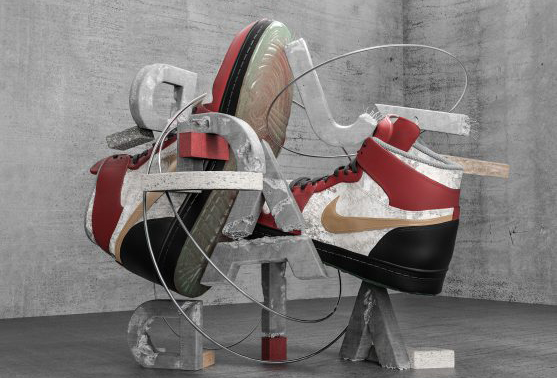 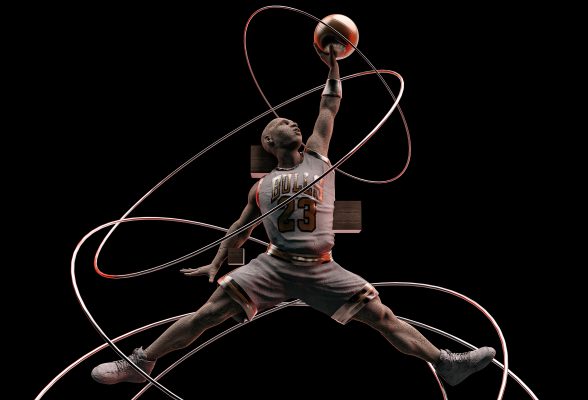 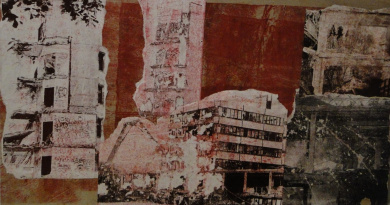 This soul transmission is the core of Susanne’s works. They prove that despite being though multiple processes (from reality to photos, from photos to other media, and so on) the soul of places, things and

Juan Dios Lopez Sepúlveda considers himself a designer of images, vocational and self-taught, taking as the main theme of his work the exploration of perception, the organization of visual elements, abstraction, modes of commercial reproduction 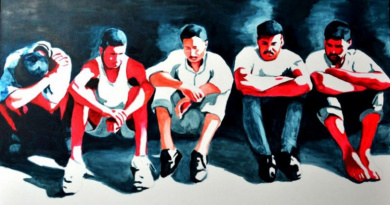 Paolo Naldi areas of interest are the visual arts and, above all, painting. After a long independent artistic activity in the European underground scene, he appears in conventional exhibition spaces in Italy and abroad (galleries, 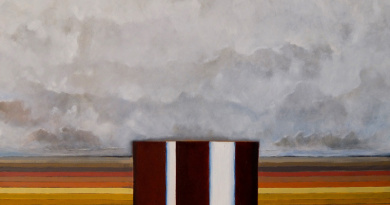 It is strange that basic dry shapes suchs as triangles, rectangles, circles can convey much emotion and feelings like the ones in Johan Lowie’s works. 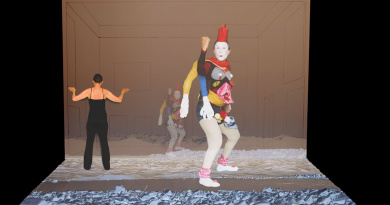 The Fool and Other Circumstances by Martina Singer

These works by photographer and performance artist Martina Singer represent a journey through space and time, art history, dance, theatre, and one’s own state of being. On the border between reality and dream, they serve 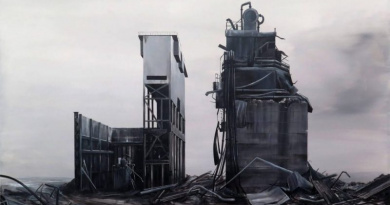