After World War I, artists without formal training began showing their work in major museums, “crashing the gates” of the elite art world, as the newspapers of their day put it. This exhibition at the High Museum of Art will celebrate more than a dozen early twentieth-century painters who fundamentally reshaped who could be an artist in the United States and paved the way for later generations of self-taught artists. 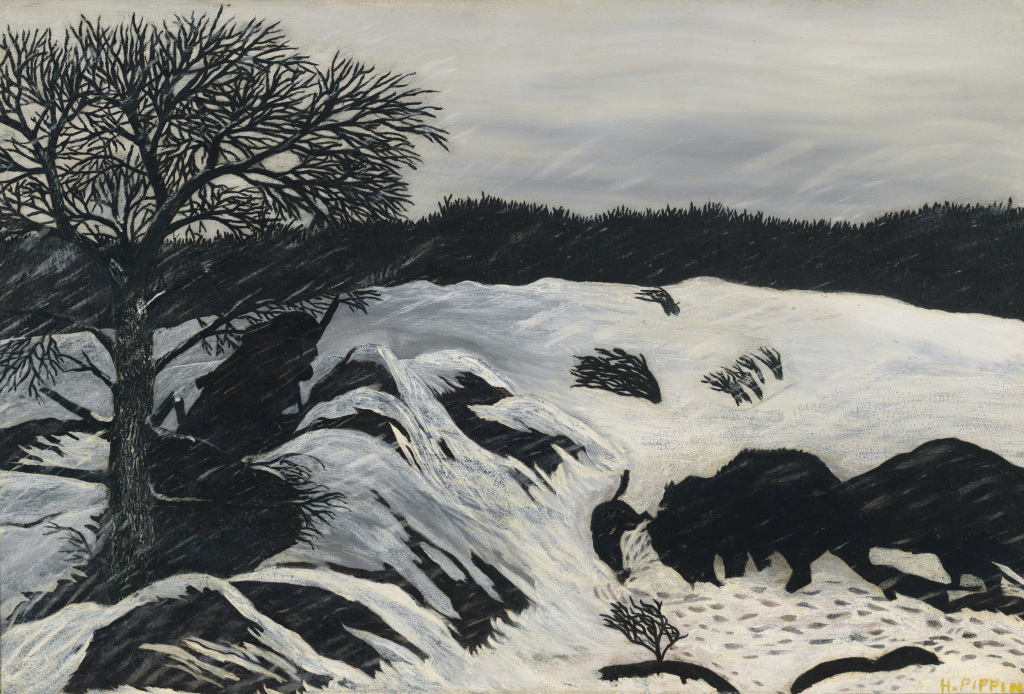 After hosting Early American Art, a show of historical folk art from artists’ collections in 1924, the Whitney Museum in New York began exhibiting the work of living self-taught artists such as John Kane and Horace Pippin in the 1930s. In 1941, the museum purchased this early work depicting a buffalo tumbling in the snow as a hunter looks on. Pippin showed work alongside the leading American artists of his day at all of the museum’s subsequent annuals until he died in 1946. 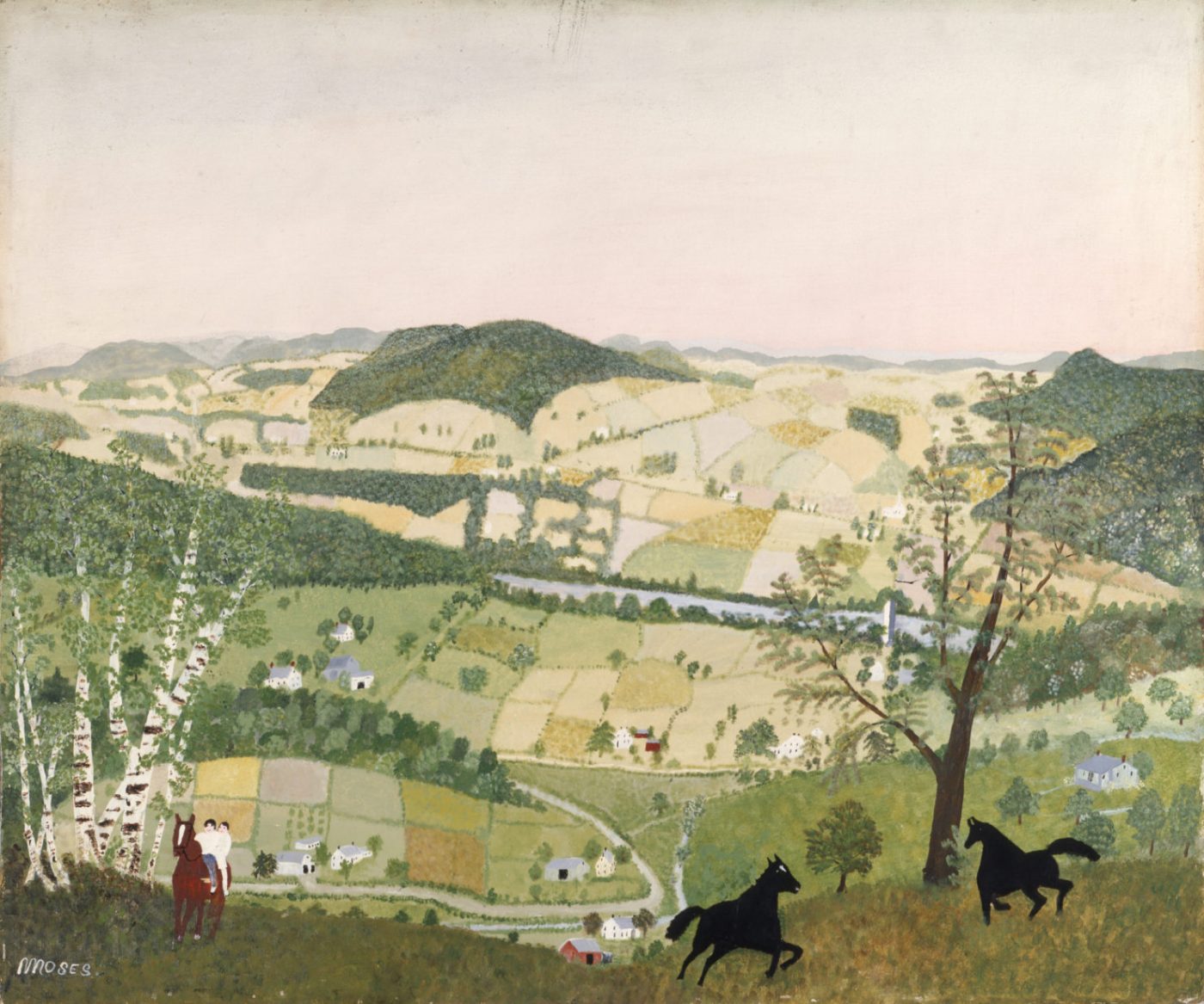 The gallerist Otto Kallir gave Moses her first New York show, What a Farm Wife Painted, in 1940, and when he saw this work, he traveled upstate to woo Moses, ultimately becoming her exclusive representative. Black Horses records a memory from the Revolutionary War, when Moses’s great grandfather observed the British Army coming through the woods, unhitched his two black plow horses, and rode one off to warn the colonial army. The Moses family’s longstanding roots in the United States established her as a Mayflower descendent and made her a more conservative choice for representing Americanness in the postwar period. 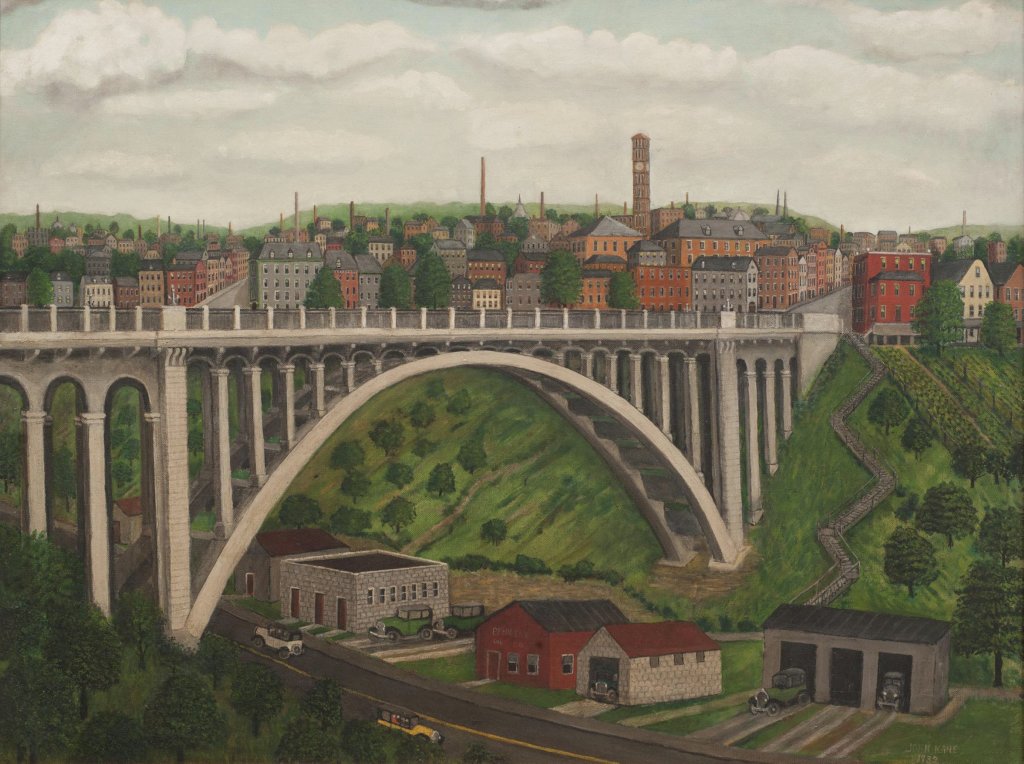 When it was completed in 1912, this Pittsburgh bridge set a record for the longest concrete arch span in the world. It is possible that Kane worked on the early stages of the Larimer Avenue Bridge, but an accident in 1901 that cost him one leg prevented him from continuing his patterns of working in Pittsburgh’s booming infrastructure, coal, and steel industries. Kane said that he became a painter during his next gig coloring railcars: “I learned the use of lead paint, the mixing of colors, the necessity of keeping colors clean and a deal else of information.”

Gatecrashers will highlight three painters who became the most widely celebrated self-taught artists of the interwar period—John Kane, Horace Pippin and Anna Mary Robertson “Grandma” Moses—and present their work alongside paintings by others, including Morris Hirshfield, Lawrence Lebduska and Josephine Joy, who represent the breadth of the art world’s attraction to self-taught artists in the first half of the 20th century.

Despite their lack of formal training, these artists’ paintings of American life in the cities and rural communities where they lived, as well as fantastical scenes derived from their imaginations, were celebrated by fellow artists, collectors and taste-making museums such as New York’s Museum of Modern Art, especially in the 1930s and early 1940s. This exhibition will demonstrate how that recognition foreshadowed the increasing visibility of self-taught artists in today’s art world.

Gatecrashers: The Rise of the Self-Taught Artist in America

“As one of the first American museums to establish a department dedicated to the work of self-taught artists, the High has spent decades studying, presenting and honoring their contributions to art history,” said Rand Suffolk, Nancy and Holcombe T. Green, Jr., director. “With this exhibition, our audience can see how they broke barriers of access to take their rightful place among the 20th century’s most celebrated contemporary artists.”

After World War I, artists without formal training began showing their work in major museums, “crashing the gates” of the elite art world, as the newspapers of their day put it. Benefiting from rebellions against academic artistic styles and an ongoing search for national character in American culture, Kane, Pippin and Moses became the most widely recognized self-taught artists of the interwar period. These three artists will be featured prominently throughout “Gatecrashers” and will be joined by other self-taught artists, including Morris Hirshfield, Lawrence Lebduska and Josephine Joy, who represent the breadth of the art world’s attraction to self-taught painters in the first half of the 20th century. Despite their lack of formal training, these artists’ paintings of American life in the cities and rural communities where they lived, as well as fantastical scenes derived from their imaginations, were celebrated by fellow artists, collectors and taste-making museums such as New York’s Museum of Modern Art, especially in the 1930s and early 1940s.

“Gatecrashers” is curated by the High’s Merrie and Dan Boone curator of folk and self-taught art, Katherine Jentleson, and is based on the book she authored of the same name, which published in 2020.

“‘Gatecrashers’ — both the book and the exhibition — establish an origin story for how self-taught artists first succeeded within the mainstream art world,” said Jentleson. “Kane, Moses, Pippin and the other artists in the exhibition deserve to be reconsidered not only because of how their work intertwined with major cultural and social change of their day, but also because of how their gatecrashing set the stage for the vital role that self-taught artists still play in the 21st century, greatly diversifying our cultural canons across race, gender, class, ability and other important markers of identity that are all too often underrepresented.”

“Gatecrashers” will be organized in thematic sections that explore how these self-taught artists were embraced as examples of a uniquely American creative excellence and the role that their occupational histories played in advancing their reputations against the backdrop of Depression-era populism. The works on view also will demonstrate how alignments in style and subject matter led to exhibitions at major museums that integrated the artists’ work with that of their trained peers, foreshadowing how many museums today promote self-taught artists within their American and contemporary art displays.

In 1927, Kane succeeded in placing his oil-on-canvas painting “Scene From the Scottish Highlands” in the Carnegie Museum of Art’s contemporary art international thanks to the jaunty painting’s embodiment of the stilted realism of historical folk art, which was gaining popularity among artists and collectors in this era. Many of the self-taught artists who would go on to be celebrated in the subsequent decade were first-generation immigrants like Kane, whose painting shows the Scottish American heritage festivals he attended in Pittsburgh. Brooklyn-based Jewish artists from Eastern Europe such as Morris Hirshfield and Israel Litwak also found audiences for their work, demonstrating how the art world slowly became more inclusive of who qualified as “American.”

As African American artists struggled to find recognition in the largely segregated national arts scene, Pippin achieved great success with paintings like “Cabin in the Cotton” (ca. 1931-1937), a work set in the American South. In many of his works, including “Outpost Raid: Champagne Sector” (1931), Pippin recorded his experiences fighting in the trenches of World War I, where he was shot by a German sniper, resulting in an arm injury that he rehabilitated by painting. He lived in the part of Pennsylvania associated with the Brandywine River artists such as Newell Convers Wyeth, an early advocate of his work, and became a fixture in exhibitions of self-taught artists and in the first major surveys of African American artists that emerged by the end of the 1930s.

In addition to expanding definitions of American art in terms of both race and ethnicity, self-taught artists such as Josephine Joy and “Grandma” Moses also broke through the art world’s gender glass ceiling. Joy became the first woman painter to have a solo exhibition at the Museum of Modern Art when her paintings of flowers, trees and sites near her home in San Diego were shown there in 1942. By that time, Moses was on a trajectory to stardom that was unprecedented for any artist in the United States — and arguably remains so — after her paintings were discovered hanging in the window of a New York pharmacist in 1938. Her pastoral scenes of life in New England became a potent force as the United States entered the Cold War era. Her paintings even traveled abroad to promote goodwill toward America, much to the chagrin of American critics who were more interested in promoting abstract painting abroad.

“As self-taught artists become increasingly visible within today’s art world, this exhibition takes audiences back to the moment when it all began,” Jentleson said.

“Gatecrashers: The Rise of the Self-Taught Artist in America,” is accompanied by Jentleson’s book of the same name, published by the University of California Press. 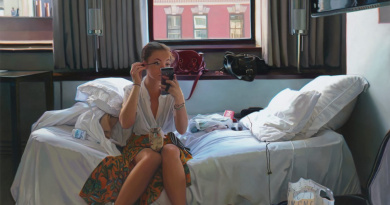 It takes one to know one. Paintings by Kate Waters 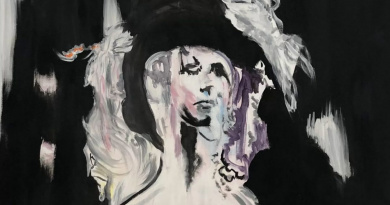 It‘s the transparency of the veil that is so appealing and decisive in the play between the natural and the monstrous. What appears see-through and crystal clear turns out to be opaque and artificially constructed. 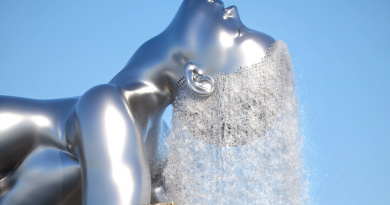 GR gallery is pleased to announce “Two Week Notice”, the first solo exhibition of Chad Knight with the gallery. The show will reveal 12 fresh digital artworks on canvas, encapsuled in epoxy resin, and 3 “Meural 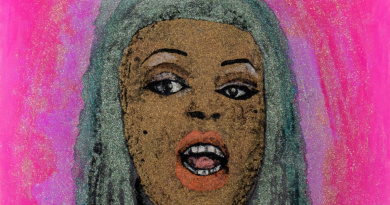 Richard Alvarez: A Feeling as Well as a Look

ClampArt is pleased to present “Richard Alvarez | A Feeling as Well as a Look”—the artist’s first solo show with the gallery.  Raised in the Bronx, Richard Alvarez entered Manhattan nightlife as a teenager in 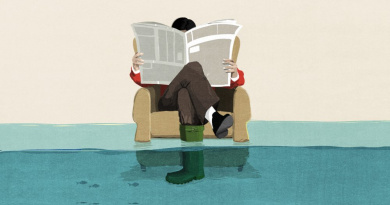 Born in Italy, and currently living and working in Denmark, Ucini’s work takes a cross cultural look at intimacy, emotion and expression. With a signature sense of humour and a nod to the surreal – 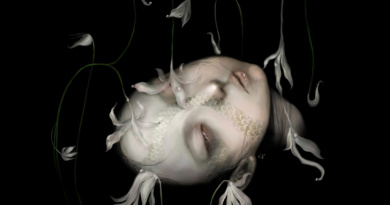 Sonya Fu born 1982 is a visual artist from Hong Kong. Growing up in the former British Colony where East meets West, Fu is influenced by both Oriental and Western culture. Being heavily inspired by