Westwood Gallery NYC is pleased to present Phoenixology, a solo exhibition of photographs by Lucien Clergue (1934-2014). On view are thirty 1959 photographs (lifetime prints, signed by Clergue) which reveal the historic photographer’s view of the creative process in the filming of Testament of Orpheus (1960). The film was written and directed by French artist, writer and intellectual, Jean Cocteau (1889-1963). The exhibition title “Phoenixology” is the title of a poem Cocteau addressed to Lucien Clergue. 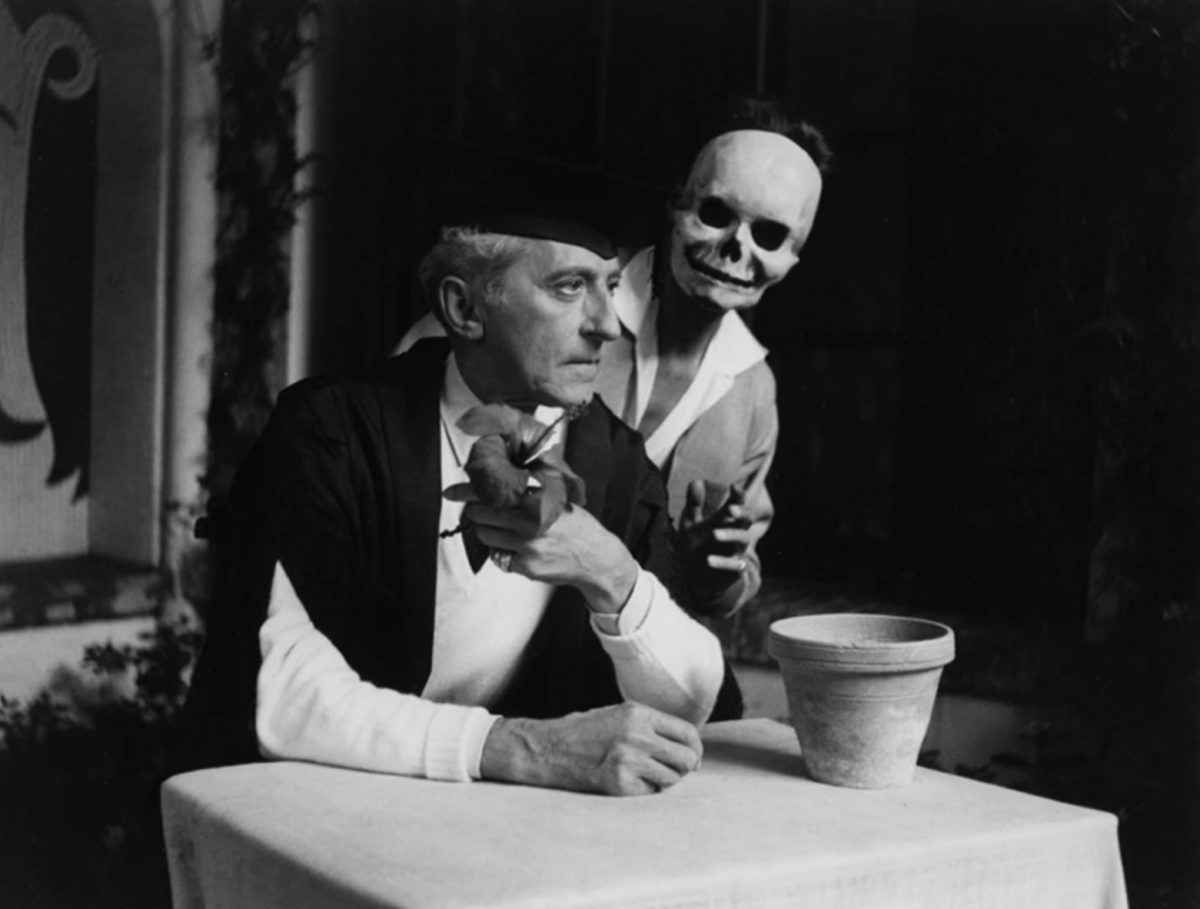 Westwood Gallery NYC first premiered the exhibition of Lucien Clergue’s photographs in 2011, to coincide with a French Institute Alliance Française exhibition. The 2011 exhibition was widely reviewed by ARTnews, City Arts, Huffington Post, The New Yorker, and others.

​Photographer Lucien Clergue, a close friend of Cocteau, was only 25 when he documented the making of the film. In the words of Cocteau to Lucien, “You are free to do as you please, I look forward to being surprised by your photos. They will reveal something different from my film.” The Clergue photographs on exhibit tell the story of the ground-breaking film, described by Cocteau as “a machine for creating meanings,” as well as the story of the relationship between Cocteau and Clergue. They reveal Cocteau as the Poet with painted-on eyes like the performers in ancient Greek theater, actors in dramatic horse heads and full tails, as well as haunting images of the mythical Phoenix and symbolic Phantoms of death. Other photographs provide a poignant view of Cocteau the creator as he was filming behind the camera, drawing and creating his own art, and behind-the-scenes moments with Picasso, Marais, Truffaut and film crew and pictorial images at his beloved Milly-la-Forêt.

Testament of Orpheus (Le testament d'Orphée) is the final film in Cocteau’s Orphic Trilogy following The Blood of a Poet (1930) and Orphée (1950) and is the last creation of his greater oeuvre. The film à clef (on view in the exhibition) portrays the quest for divine wisdom of an 18th century poet, played by Cocteau himself, who reflects on his mortality just before his death. Set against the mysterious landscape of the Alpilles near Les Baux-de-Provence, the Poet meets several symbolic characters that bring about death and resurrection, inspired by the myths of the ancient Greek poet and musician, Orpheus.

The film cast includes Jean Marais (Cocteau’s long-term partner and muse), Charles Aznavour, Jean-Pierre Léaud, Serge Lifar, Françoise Sagan, Brigitte Bardot as well as cameo appearances by Yul Brynner and Pablo Picasso in his only feature film appearance in his lifetime. Completed at the last moment with the needed financial assistance from François Truffaut’s award money for Best Director for his film “The 400 Blows”, Testament of Orpheus represents a reflexive retrospective of Cocteau’s life and work.

Lucien Clergue’s book Jean Cocteau and the Testament of Orpheus (2001) recounts the young photographer’s personal experience of being on set with Cocteau. 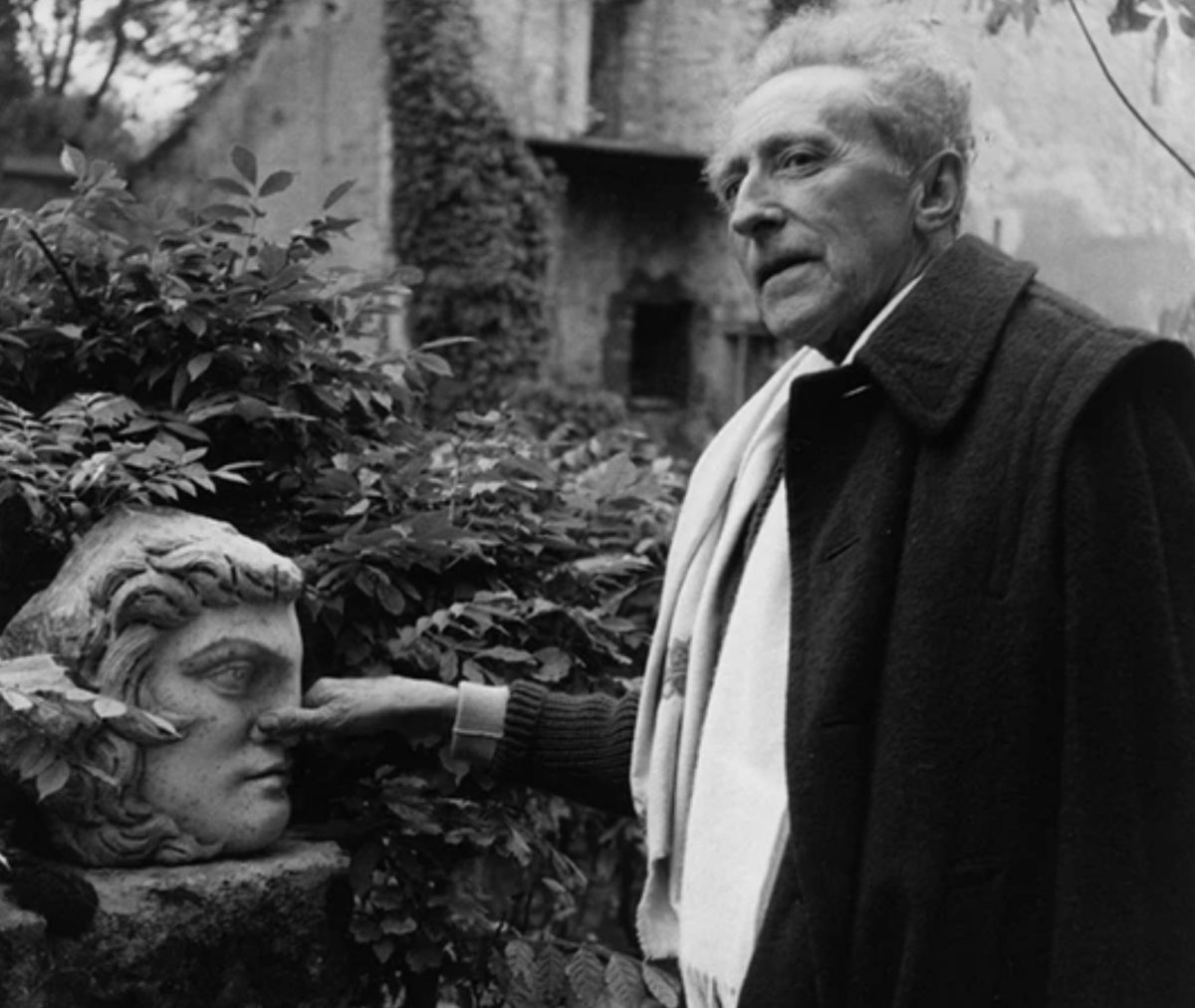 Clergue captured extraordinary images of acrobats, nudes, the bullfight, intimate portraits of artists, intellectuals, musicians and creative individuals. His long friendship with Pablo Picasso is also documented in his work. His photographic artistry extends to experimental and visionary images. In addition to photography, Clergue has created and directed numerous art related films. He is co-founder, along with writer Michel Tournier and historian Jean-Maurice Rouquette, of the annual Les Rencontres d’Arles Photographie (ongoing since 1970), the internationally recognized photography festival in Arles, France.

Lucien Clergue is one of only three photographers (including Henri Cartier-Bresson and André Kertész) to receive the French Legion of Honor award. He is also the first photographer to hold the title of President of The Académie des Beaux-Arts, one of the five academies of the Institut de France. Clergue's photographs have been exhibited in numerous solo exhibitions worldwide and are in museum collections such as the MOMA, LACMA, Harvard University’s Fogg Museum (over 400 photographs), MFA Boston (over 200 photographs) and many others.
The photographs of Jean Cocteau by Lucien Clergue are also in the permanent collection of the Jean Cocteau Museum in Menton, France and were on view when the museum opened.

Born in a small village near Paris in a socially prominent Parisian family, Cocteau left home at age fifteen, and published his first volume of poems at nineteen. He soon became known in the Bohemian artistic circles as The Frivolous Prince, the title of a volume he published at twenty-two. In his early twenties, Cocteau became associated with the writers Marcel Proust, André Gide, and Maurice Barrès. In 1911 he started his collaboration with Ballets Russes. During World War I, Cocteau served in the Red Cross as an ambulance driver. This was the period in which he met the poet Guillaume Apollinaire, artists Pablo Picasso and Amedeo Modigliani, and numerous other writers and artists with whom he later collaborated (he was friends with most of the European art community of the time). Cocteau's films, most of which he both wrote and directed, were particularly important in introducing the avant-garde into French cinema and influenced the French New Wave genre. He died in 1963 at his chateau in Milly-la-Forêt.

In 1955 Cocteau became a member of the Académie Française and The Royal Academy of Belgium and a Commander of the Legion of Honor, German Academy (Berlin), American Academy, and Honorary President of the Cannes Film Festival. 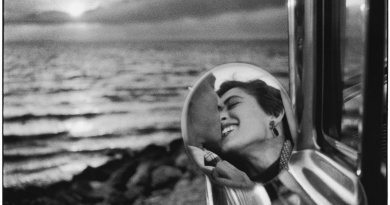 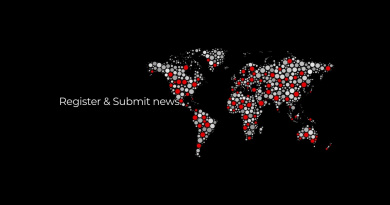 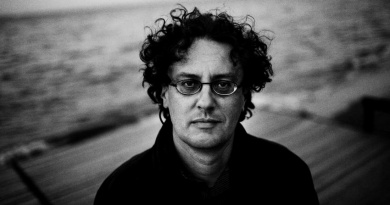 URBAN Photo Awards is thrilled to announce another great photographer from Magnum Photos agency in the URBAN Photo Awards 2021 jury: Paolo Pellegrin, an authentic witness of our times who for thirty years has been 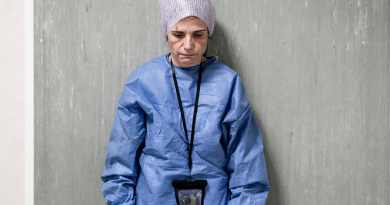 3rd place series winner is Alberto Giuliani (Italy) with his series San Salvatore Covid Hospital   “Portraiture is a powerful medium, and, despite its universal popularity, it is still perhaps the most elusive genre in photography. The 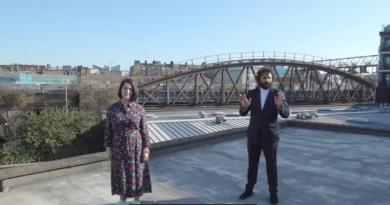 A Year in Photos from Sony World Photography Awards 2021

Presented by British art historian Jacky Klein and entertainer Nish Kumar, A Year in Photos from the Sony World Photography Awards 2021 celebrates the work of the top winners in one of the world’s biggest 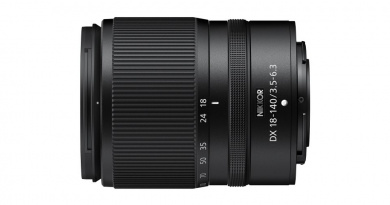 Nikon announces the development of the NIKKOR Z DX 18-140 mm f/3.5-6.3 VR. This is a high-performance zoom lens for mirrorless cameras in APS-C format (Nikon DX format) with Nikon Z bayonet. The lens is