It‘s the transparency of the veil that is so appealing and decisive in the play between the natural and the monstrous. What appears see-through and crystal clear turns out to be opaque and artificially constructed. In her portraits of high society ladies after Ingres Tatyana von Leys emphasises the extreme refinement and love to detail when rendering the luxurious costumes. The artist accentuates exterior pomp and splendor with skillfull use of white, greyish and silvery tones. Her pictorial compositions are centered around the protagonists occupying the major part of the picture. They are set in elegant non-chalant poses appearing as natural as possible and yet they are not what they appear to be. 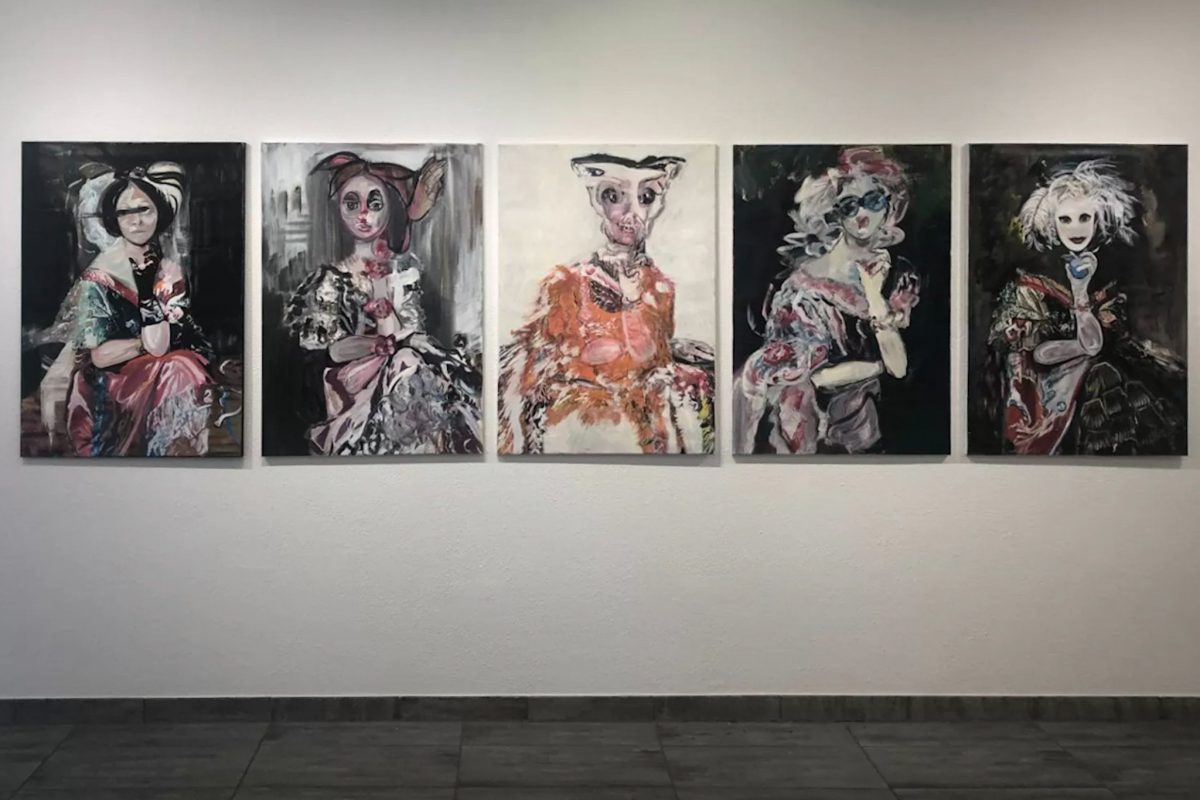 The feathers, the jewellery and the opulence of the fabrics lovingly rendered by the artist only help to stress the artificiality of the settings. It’s all theatrically staged. The constructed character of the settings is made evident by the use of darker tones as the background. The opacity of the spaces surrounding the figures unlike the original Ingres portraits stresses the gaping emptiness that is menacing. The feeling of the uncanny gets even stronger due the faces of the portrayed being left blank, with features missing, distorted or the eyes blackened or crossed out.

The conventional painting style of portraiture is literally interrupted here as if by a glitch that implies the monstrous intrusion of a machine. Transhumane Verstrickung (Transhuman Entanglements) as the title of Tatyana von Leys current exhibition at the Municipal Gallery Theodor von Hörmann in Imst goes symbolizes a dead-end of the centuries-old aspirations of mankind for perfection. Beauty, elegance, eternal youth and health have not only been the goals of mankind but have throughout centuries been the favourite topics within the history of painting as exemplified by the portraits of Ingres, as well as by numerous other painters portraying famous beauties of their times from Rafael to Botticelli, Rubens and Cranach. Tatyana von Ley’s treatment of the portraits by Ingres is reminiscent of the artistic practice of Francis Bacon, whose famous portraits with the artist’s signature distortions focussed on the darker psychological dramas of the portrayed. Tatyana’s series of portraits offer the monstrous side of humanity, that has been portrayed as grotesque - society threatened by extinction, distorted creatures, cyborgs. What used to be transparent and light has become opaque and menacing. And if in the centuries before this eternal dream of youth and elegance could be rendered by means of painting for the first time in the 21st-century contemporary technologies offer the possibility to actually make this dream come true.The recent developments in bio-technology, robotics  and artificial intelligence offer revolutionary prospects for the development of human sciences inclusive promising possibilities for those interested and especially for those who can afford it to constantly optimise themselves in order to preserve their good looks, youth and health.

All this however, as the artist shows in her portraits has the bitter taste of humanity becoming more and more dehumanised by being excessively dependent upon the new technologies, imperceivable algorithms behind the artificial intelligence and the likes advertised as scientific progress. It is not by chance that the main protagonist in Tatyana von Leys portraits is Betty Madame de Rothschild - who was a woman of high society and whose salon was the most exquisite and desirable place to be of her times. The portrait was commissioned by her with the purpose to be displayed in this salon for the guests to admire. Jean-Louis Dominique Ingres’ this masterpiece does Madame de Rothschild justice by showing her as a stunning beauty. Tatyana von Leys in her contemporary cycle of portraits after Ingres offers us an impressive richness of interpretation and ways of seeing of this timeless masterpiece. She deconstructs the portrait offering us a careful and thorough analysis of the each single form, questioning each detail, gesture and movement.

It is not by chance that in Tatyana’s paintings we see ladies of upper class and high society. Access to the newest advances of science and technology allowing one to optimize and upgrade oneself has always been the privilege of the rich elites increasing even more the gap between the classes: the so-called rich and the beautiful as opposed to the sick and the poor.

The gap between the perfected human species and those who cannot afford turning themselves into better versions of themselves will become dangerously huge. Painting is all about appearances and make-believe. Therefore it is of extreme importance that a contemporary woman artist takes up this topic of technological progress: biotechnology transhumanism and its affects on contemporary societies in general and particularly on women because painting as the medium has the power to reveal and to question the essence of the technological transformations and their effects upon us. As Tatyana herself puts it, she sees herself “as a representative of Posthuman-Art, which impressively examines the aesthetics of the monstrous, the hybrid and the amorphous.(...just with the means of painting) I see my series "Posthuman Studies" as an analysis of certain works of art for the philosophical underpinning of critical posthumanism, transhumanism and metahumanism. My credo: Away from the aesthetics of the 20th century.”

On the other hand painting as an act of creation can lay bare the make-believe, fake character of this technological progress, showing the dramatic failure of humans in all respects, their turning into monsters and cyborgs. “Homo Deus” quoting Yuval Harari, is not a human becoming divine, not a divinity becoming human but a failed attempt of humanity to imitate gods in creating. Transhuman Entanglments is a highly illustrative series of studies of Ingres timeless masterpiece showing us an exceptional richness of interpretation of his portrait where the contemporary female artist, Tatyana von Leys makes it evident that in the posthuman epoch machines might finally replace mankind, with the beauty and elegance being distorted beyond recognition. 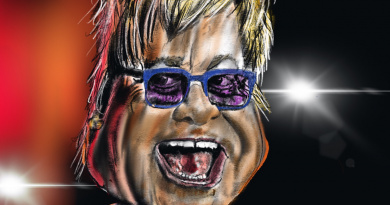 COMIC ART is the umbrella term for everything in the art that is funny, that makes the viewer laugh. This applies in particular to caricature. Among other things, Rainer Lafeld has been painting and drawing 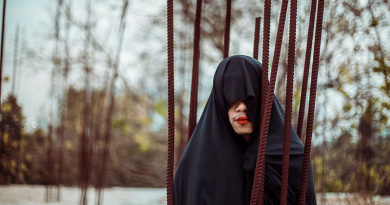 The art scene in Myanmar is suffering from censorship. All exhibitions must be reviewed and permitted by a government censorboard. All artworks with political, sexual and religious aspects are prohibited to exhibit. Since February 2021, 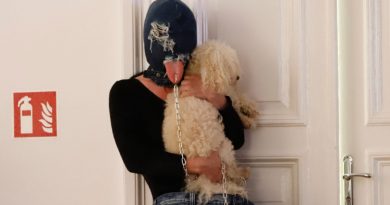 Human and economic crises of all sorts are the high price we pay for the freedoms guaranteed on paper but that populations fall short of in reality in many countries, of which contemporary Georgia is 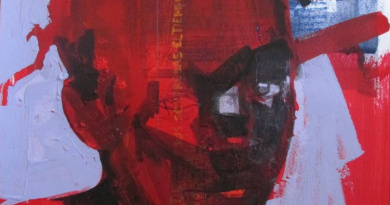 Francisco Nunez Martinez was born in Güines, Cuba on January 12th, 1963. He graduated from the National School of Art (ENA) in 1981 and from the Fernando Carnicer Elementary School of Music in 1986. He 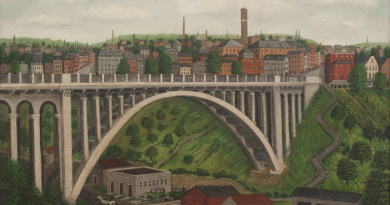 Gatecrashers: The Rise of the Self-Taught Artist in America

After World War I, artists without formal training began showing their work in major museums, “crashing the gates” of the elite art world, as the newspapers of their day put it. This exhibition at the High 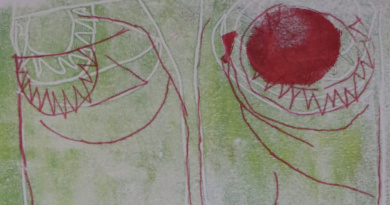 A face fascinates, reveals and unveils. It has many facets, poses riddles, tells a story, provides insights, shows facets of a subjective view. Faces are monotypes and therefore unique. In the current series Faces, Susanne Kotrus