Journey to Impurity - Fighting Against Menstrual Restrictions in Nepal: In Nepal, and according to Hinduism, the entry into adulthood is tied to a loss of purity.  In some rural areas, menstrual women are exiled for a week, a practice known as Chhaupadi Partha. When they are on their period they are not allowed to enter their houses, visit the temples, attend festivities, cook, touch specific fruits and trees, or eat with their own family. Sometimes, they are not even allowed to look or talk to any male relative. 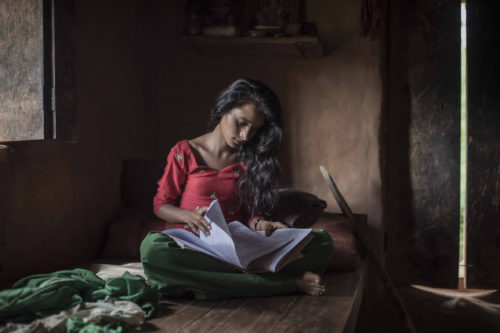 Every year, women die from following this tradition, bitten by animals or choked from the fumes in the small, non-ventilated huts they stay in during their periods. Although Chhaupadi Partha has existed for decades, Nepali society is trying to change. In August 2017, for the first time in history, the country criminalized the isolation of the menstrual women with a three-month jail sentence or a 3,000 rupee fine ($30), or both, for anyone that forces a woman to follow the custom.

In Kathmandu, a new generation of young people is reinventing traditions, making them their own. Some people from rural areas have started to question these practices and became activists, and a growing number of them lead organizations and are empowering young girls in rural areas and teaching them about hygiene. Some villages are already liberated from the practice. Last May 2018, Menstrual Hygiene Day was celebrated the first time in Kathmandu with the theme ‘Education about menstruation changes everything’. “Since I was a kid I have it clear, I was not going to go to the hut to sleep as my mother and sisters,” says Radha Paudel, a Menstrual Activist of Nepal and an author. “I’m sure the solution is in the education and in the younger minds, and that step by step we’re going to achieve what we are dreaming of”.

Maria Contreras Coll is a documentary photographer based in Barcelona, Spain. She has the need to tell people’s stories from an intimate perspective. She is especially interested in gender issues and how women are re-defining social structures in different countries and religions. She is a National Geographic Explorer 2020-2021 and a member of Women Photograph, and she is currently participating in a three-year program as a mentee to James Estrin, senior staff photographer at The New York Times and co- creator of Lens Blog, and Ed Kash, member of VII Photo Agency.

After finishing her degree in Fine Arts in Barcelona, she studied a postgraduate degree in Photojournalism at the Autonomous University of Barcelona as a valedictorian. She spent the next year working on the refugee and migrant crisis in Europe, traveling and living in the Spanish enclave of Melilla, Greece, France, Germany, and Morocco. She lived in Nepal during 2017 and 2018 to document how women are fighting against menstrual restrictions in the country. She is currently working on a long term project about sexual violence in her country, Spain, with Joana Biarne’s Grant support, and exploring the concepts of women and religion in different parts of the world thanks to the support of National Geographic.

Her work has been published in The New York Times, The Washington Post, Marie Claire among others, and shown in cities such as Dubai, London, or Barcelona. She is a guest lecturer at the Autonomous University of Barcelona and has recently been awarded a POYLatam for her work in Nepal. 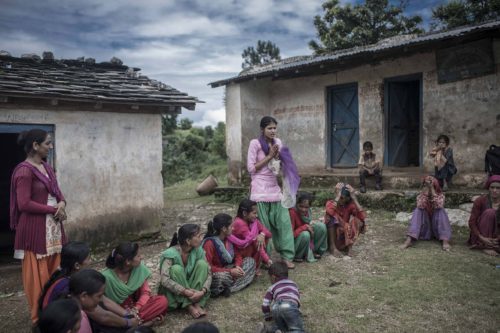 The Griffin Museum of Photography
Journey to Impurity: Fighting Against Menstrual Restrictions in Nepal 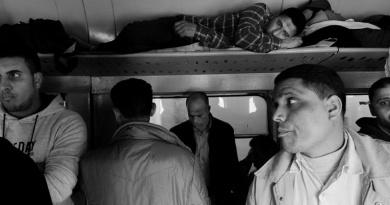 Magnum Foundation is pleased to announce eleven new projects in the Arab Documentary Photography Program, a joint initiative with The Arab Fund for Arts and Culture and the Prince Claus Fund.  Ahmed Qabel, Cairo (Back 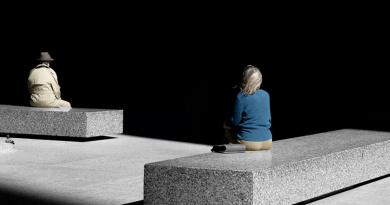 Catherine Edelman Gallery is thrilled to present the solo exhibition, Chasing Light, featuring new work by Clarissa Bonet. The show opens March 4 and runs through May 21, 2022. The concept of place, and our 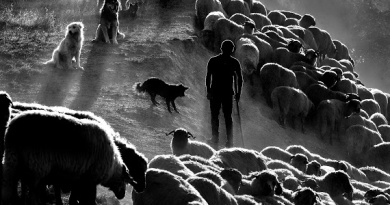 The region of Transylvania is known for the scenery of its Carpathian landscape and its rich history. The Western world commonly associates Transylvania with vampires because of the influence of Bram Stoker’s novel “Dracula” and 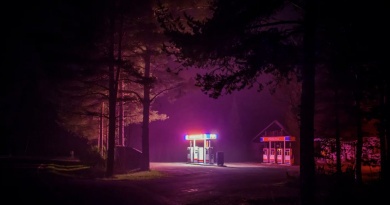 Solo Show / Some kind of heavenly fire by Maria Lax

“I come from a small town in the north of Finland, surrounded by vast and sparsely populated wilderness. Most pass through the town on their way someplace else without ever knowing it was a hotspot 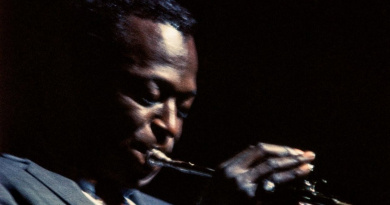 Jay Maisel is the 2005 Lucie Honoree for Achievement in Advertising Jay Maisel has been called a “visual alchemist” and his photos indeed take the ordinary to the extraordinary. His photographs are often associated with vibrant 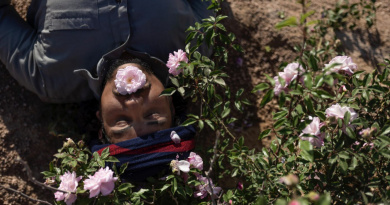 The Arab Fund for Arts and Culture (AFAC), the Prince Claus Fund (PCF), and Magnum Foundation are pleased to announce that the projects completed in the 7th cycle of the Arab Documentary Photography Program can

The Color of Absence by Fran Forman