“I consider myself an urban person. I was born in Madrid and the city has always been the environment where I liked living”, said Ángel Castillo Perona. Therefore, the streets of any city or village are the focus of his photography. It’s difficult to define the genre of Perona’s photos, but he thinks it reflects the essence of street photography. What special here is, people are not the focus, but rather the urban or natural elements that are part of the ‘furniture’ of any city: a building, a fountain, a lamppost, a carrousel, a tree, etc.

It took him almost ten years to find a satisfactory visual language that would combine his passion for this medium with Impressionist painting. Thanks to the multiple exposure technique in camera (and not relying on software manipulation), he has been able to create a type of photographic art that emulates that impressionist effect of the paintings.

His work portrays those elements of the city that catch his eyes and that he transform directly in his camera, romanticizing the setting that he observes and turning them into an idea or impression of it. Ángel does not capture a single moment, as a single photo would, but a set of few moments that go on one after the other. Eventually, those layers of moments become just one, creating a dimension of that scene by registering different angles of the urban element as well as capturing the movement, light, color, and people who could pass by at that time.

There is a lot of reality in these pictures, although it appears transformed in the eyes of any viewer. His work depicts a world with no troubles, full of relaxed radiance and glowing colors and light, providing an intriguing perspective that blurs the line between photography and impressionist oil painting.

The Flame by Ángel Castillo Perona

The Caballero against the windmills by Ángel Castillo Perona

“My work depicts a world with no troubles, full of relaxed radiance and glowing colors and light providing an intriguing perspective that blurs the line between photography and impressionist oil painting.”

Against the Giants by Ángel Castillo Perona

The Hive by Ángel Castillo Perona-

The Square by Ángel Castillo Perona

“My photography portrays those elements of the city that catch my eye and that I transform directly in my camera, romanticizing the setting that I observe and turning them into an idea or impression of it.”

Ángel Castillo Perona was born in Madrid in 1975. He is a Spanish civil servant with a degree in law. He has been very passionate about photography for more than 10 years, and that love affair goes on.

A self-taught photographer, for three years, he had studied, experimented, and eventually mastered the technique of multiple exposures in-camera, and it became his almost only way to photograph. Ángel finds his inspiration in the beauty of natural elements in urban settings, which are often over-looked and missed by city dwellers rushing past. However, it was a long journey to where he is now.

He could not remember how it started, but the key moment for the development of his photography affair would be the purchase of his first Nikon D90 reflex camera, which allows him to plunge in a more serious and refined photography job. The first 7 years were the struggle of finding his own style and thematic subjects. Then everything came naturally. A bunch of casual and personal situations such as the discovery of the multiple exposure technique, the visit to the d’Orsay museum in Paris, and having gone through a tough midlife crisis, set him on the path to what his photography has become nowadays.

Beyond by Ángel Castillo Perona

In Wonderland by Ángel Castillo Perona

The Gate by Ángel Castillo Perona

Thousand and One Nights by Ángel Castillo Perona 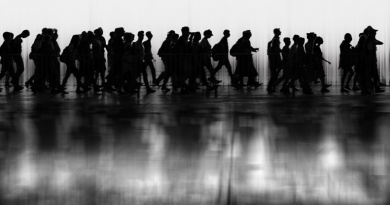 Diverse, different points of view and styles are presented in the section “TAGREEs window”. We are neither elitists nor dogmatists in the world of photography. We are not alien to the world but also do 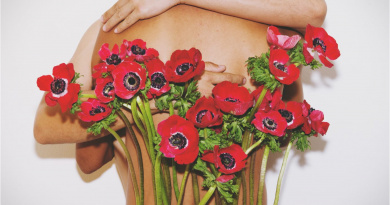 Naraphat Sakarthornsap lives and works in Bangkok. As a member of LGBTQ+, in many of his works, he wants to present the stories of inequality in society through photography and installation art based on his true 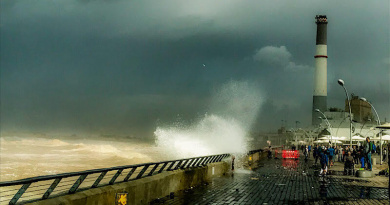 From rough, blunt and brusque to gentle, warm and loving by Ruth Penn

A new life in the watcher reality by Stéphane Pellennec

Stéphane Pellennec is a French self-taught photographer living in Finland with his family since 1996. Since his childhood, he has used music and drawing for expressing himself. He started to be interested in making pictures in

All the pictures in this series are taken during Suresh Jagad’s travel across India, mainly in remote parts of the country. India is formed of various states representing different people with different dressing cultures, ways